I know, I know, I know, you’ve been waiting for days now to see what happened during our time at dsmHack. No worries, the wait is over and I am about to give you a behind-the-scenes look into what really went down during those 48 hours.

When I left you last, we had just finished the speed dating portion of Thursday night. We had chosen to work with Melissa and Sheena from the Roosevelt Cultural District, a project we felt would utilize all of our team’s strengths. At this point in the night, we headed to our designated spot where we would be spending the next 48 hours hacking away. We got settled in, made ourselves at home, and started discussing with Melissa and Sheena what they needed and what was most important to them. Once we got this all figured out, it was time to put our brain power together as a team and make a game plan for the rest of the weekend. We decided that I would do most of the custom design work with some help from Eric, who also has a design background. Then Eric, Ethan, Michael and Niren would spend time working on the various development parts of the site. Lindsey and Taylor would put the finishing touches on the content and make sure the site was SEO friendly. Celeste would be in charge of the photo shoot of the Roosevelt Cultural District and Richard would go to the library to go through microfilm. We worked pretty late Thursday – especially me, since the design is the most critical during the first 24 hours so it can be handed off to the developers in the last 24 hours for programming. By 1:00 a.m. we had all headed home to try to get as much sleep as possible, which, at dsmHack usually means less than 5 hours.

The morning rolled in quickly Friday, with my alarm buzzing me awake at 5:30 a.m. On most days I would hate to get up this early, but I couldn’t wait to get back to Gravitate to help out with our nonprofit project; dsmHack is like Christmas for me. I also came in with a goal this year to not only work with the Roosevelt Cultural District, but also to help out as many of the other nonprofit teams as I could. When I arrived around 7:00 a.m. I was ready to knock out the design so I could hand it over to our developers by mid-afternoon.

By 10:00 a.m. our whole team had arrived with the same mindset as everyone else in Gravitate: to get some serious work done but have some fun doing it. All around the room, the floor was buzzing with talk about what was finished the night before, what still needed to be done, what food just arrived in the kitchen, and how we could take over the Sonos speakers. Throughout the day people were hard at work, occasionally walking around asking questions to one another, and helping each other with questions if they got stuck. The wealth of knowledge that was floating around Gravitate was incredible. People who were once strangers started to become friends and a community started to grow.

We had one major check-in throughout the day. This happened around the lunch hour and allowed each individual team to come up and explain what they had done and what still needed to be done. During this first check-in we also got to do a little bit of yoga, which was taught by Olivia, the founder of Yoga for First Responders, one of the ten nonprofits that was chosen for this year’s event.

After all ten teams presented on their progress, it was back to work for the rest of the night. Around 7:00 p.m. I had finished up my portion of our project and started to look around for other teams to help. Also around this time, Ethan was asked to help the Des Moines Bicycle Collective with their some of their development struggles – we didn’t see him again that night. I found work with the Animal Rescue League group, helping to design the front end of their animal behavior questionnaire and giving some sitemap advice to the Des Moines Waterworks Park Foundation group. I wrapped both of those up around 10:00 p.m. The place was starting to thin out and people were headed home for the night. I, on the other hand, hung around until midnight to see if anyone else would need anymore help before I headed home to get yet another restless night of sleep.

Just like Friday, Saturday morning came quickly. I rolled in around 8:00 a.m., feeling excited, yet exhausted. Today was the last day of the event, meaning it was crunch time for all the teams. The goal by the end of the day was to have something pretty close to complete to hand over to the nonprofits. The atmosphere in the room was a bit different than yesterday; you could feel the exhaustion, anxiety, and excitement fill the air as each team rushed to finish their projects.

Our team was sitting pretty that morning with the things that needed to be done. Ethan ended up going back to help out the Des Moines Bicycle Collective, while the rest of us stayed where we were. Like I had mentioned before, my part in our project was done so I was on the hunt for more work to do.

The Yoga for First Responders show off their flexibility and the new logo.

That morning, when I got in it was just Eric and me at our table. Somehow we ended up talking to Josh, a guy who was part of the Yoga for First Responders team. At first, the conversation started off about a bike that was outside the door of Gravitate which somehow turned into a conversation about me redesigning the logo for their team. He was beyond excited to have me helping their team and I was really happy to have a project to do for the remainder of the day. Josh got everything organized for me to start on the project and later introduced me to Olivia, the founder of the nonprofit. She explained to me what she wanted and why their current logo was the way it was. I took her advice and decided to do a refresh off of the original idea of the logo to keep the same powerful meaning but yet make easier to read with a modern twist.

I spent the rest of the day designing the logo for them while the rest of my team was finishing out their duties. Michael, Niren, and Eric were busy slicing and coding away. Meanwhile, Celeste was editing photos and Lindsey and Taylor were entering content to fill out the site.

We had one last check-in with the teams during the lunch hour to see where everyone was with their projects. By 4:00 p.m. everyone was scrambling to get ready for the presentations at 6:00. Since a few of us knew how this went down last year, our team worked right up until 5:45 before we had to go to the room where we would be presenting in front of all the nonprofits, teams, and some outside community members who were interested to see what 85 developers, designers, and innovators could come up with in only 48 hours.

My favorite part of the night was during the presentation portion, when each nonprofit stood up to talk about their experience and how much everything we did would be game changers for them. Not to be sappy, but it kind of put a tear in my eye to know that I was part of something so profound and wonderful for the community that I call home. The thing is, I often forget the skills I possess have the power to change a life and the world. I believe we all have this power. It’s only if and when we believe our skills are worth sharing that we actually make a difference. Some people may believe one person can’t change the world, but I have seen it twice now through doing dsmHack. So when someone says to me or to you that we can’t change the world, just tell them, “Watch me!” You answer only to you and no one else.

Enough of my inspirational talk. Let’s get back to the end of the night. Of course our website had a slight glitch at the beginning of our presentation, but we recovered quickly and showed off our work. After everyone had their five minutes of fame, each group headed back to the spot the called home for the last 48 hours to pop some bubbly and celebrate with their nonprofit. Pictures were taken, conversations were had. We all said, “Cheers” to another great year and headed home to catch up on some much needed sleep.

I would like to give a shout out to our silent team member, Alex (our marketing director), who was one of the many organizers of this great event and who put in the long hours to make this happen. Same goes for the rest of you organizers. You guys are the reason the Des Moines Community is a better place. Thanks for all your hard work and my coworkers and I can’t wait to do it again next year!

What We Provided Them:

Photography of the RCD stores and area

Other Nonprofit Projects We Helped With: 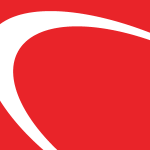 Webspec Design has an industry-leading team of web designers, web & software developers, content writers, SEO strategists, project managers and marketing staff based in Des Moines, Iowa. We hire the best and brightest to develop creative web design solutions and deliver your business unparalleled results. After fifteen years, hundreds of web design and development projects, and many software development projects, we are proud of our reputation for service.

“Mobilegeddon” – Coming To a Search Engine Near You By The Webspec Crew | Around the Office Posted April 16, 2015
SE-Oh No! How Black Hat Tactics Can Ruin Your Ranking By Jeremiah Terhark | CEO / Founder Posted November 30, 2012
Request a Quote