Last year marked our 20th year in business, and as I’m sure most other business owners can relate, it was a challenge to make time to slow down and reflect. Even with this major milestone, there are always so many other things to do and think about. Now that the dust has settled from the holidays and we’re heading into a new year, I finally was able to take some time to look back at how far we’ve come.

The story of Webspec begins in the middle of rural Iowa with no internet and a floppy disk 486 66mhz Windows 3.11 computer. As a fourth-generation farm kid, there wasn’t a lot of time to be on the computer with chores, but I was able to find breaks here and there. I had a strong interest in technology, a stack of books from the local library on software development, and an entrepreneurial spirit.

Our town of Corwith boasted a population of about 300 people, but we did have a small computer repair shop where I was able to job shadow and learn how to build and fix computers inside and out. While I didn’t have internet on the farm, I did have a friend who lived in nearby Klemme, Iowa, about 20 miles away, who had internet at his house. His family’s internet service came with a free web hosting account where I was able to upload files and have a personal website to test out new techniques and ideas.

I had an idea that I could start a web development business as a way to pay for college, but before I could do that, I needed to actually learn what I was doing. With a stack of physical books, I was able to learn enough front-end development along with PHP and MySQL to create a custom content management system (CMS). Once I had enough knowledge to make a website, I knew I needed funding to get it started. As a high school junior, I applied for the Iowa-based Hoover Presidential Library Uncommon Student program. The program encourages high schoolers to take on projects that are civic and entrepreneurial in nature. I participated in the summer of 2001 and was able to focus my efforts into a fledgling business.

I needed a business name, and while I was getting better at web development, I had never done branding for anyone. I put some thought into it and so “Webspec Design” was born. The name meant building custom designed web projects according to customer specifications, which is exactly what I was doing, so it stuck.

Building Up the Business

As I was building up the business, I spent the summer going door to door along Highway 18 in northern Iowa. Our first customers included a small print and framing shop—who also sold a Beanie Baby-type collectible called Boyds Bears, and an auto dealership, who then referred me to his buddy with a hearse dealership. Now that the work was sold, I realized I wasn’t just building websites but also had to figure out how to build tools like photo resizing and inventory management to make them into complete projects.

The customers started referring other customers, and then I started picking up clients in other parts of the country where no one seemed to mind a high schooler was working on their business but only that the web projects were getting done. Some of them were large enough I had to recruit some help—other high schoolers, of course, to get the projects done with me.

Webspec Design continued to grow throughout my college years. While my original plan was to go to law school after graduation, I remember a phone call with a customer named Pam. She stopped at one point while discussing the project and said, “why do you want to go to law school anyway? There’s plenty of lawyers out there already. Keep doing what you’re doing. Besides, my cousin is a lawyer and he doesn’t make as much as you’d think.”

With that advice in mind, newly married with a child on the way, I moved with my wife to Des Moines ready to start our next adventure. I had an immediate need for some additional help, so  I made the decision to open a physical office. I got a bargain on all the cubicles and furniture from a defunct web business in town and loaded it on a moving truck. Our first official employee, Adam, showed up for his first day of work and he and I carried it all up the stairs to a second-story office in Urbandale.

Starting from a one-man team to now 60 team members was a stretch. Early years included wearing all the hats at the same time, from answering phones to washing windows to making sales to programming—which usually involved working late into the night and waking up at my keyboard from a “power nap.” We’ve had slow times, sure, but we’ve also had a lot of periods of massive growth, both organic and through acquisitions, which can be crazy, exciting, and stressful.

By the time we got to a little over 25 employees, I realized we needed more administrative help to do a better job with running the business itself. The energy it takes to launch something from scratch is one thing, but the skills needed to grow it from a tiny concept into a real business is entirely different. I realized that a single person is not going to be good at everything, and it takes a team and some organization to get things running smoothly.

In 2017 we had one of our largest growth years as a business, adding two sister companies to our umbrella (EDJE and The Design Group) and expanding our Drupal team as a master vendor for the State of Iowa. Two years later, we added our Chicago team (BuildThis) and learned how to expand the team into multiple locations. We also made the decision to drop the “Design” from our name and became “Webspec” to reflect our evolution from a small web design and development shop to a full-service digital agency. Rebranding ourselves has been an ongoing project that is still being worked on today.

Good or bad, I had the opportunity to witness firsthand how long-standing, established businesses and customers crumbled in the financial crisis of 2008 and have used that experience as we navigate this new crisis of the COVID-19 pandemic. Like many businesses, this has brought on a fully hybrid team environment, which has changed our company culture in many unexpected, but positive ways, as we’ve expanded our team to different parts of the country and see team members thriving with the ability to work when and where they want.

Twenty Years in the Internet

Twenty years have gone by quickly and brought about some reflection. People will ask, what’s changed in the last 20 years? Well, just about everything. When you work in an industry that’s based around light-speed innovation, 20 years in internet terms is a lot of change. Just look at the giants of today like Amazon and Google on the internet archive back in 2001 compared to the standards of today.

In the beginning, smartphones were not really a thing. Fast forward to today, and the majority of the internet traffic is coming from handheld devices. There are a number of accessibility and security considerations when doing work for a variety of audiences and devices.

Webspec started in 2001, which was before Facebook, Twitter, LinkedIn, and even MySpace! Seeing a growing need for not only getting an online presence but also growing it, we added digital marketing, content, and SEO expertise to the team about 10 years ago. Now with billions of active users online hooked into social media for the majority of the day, we have witnessed a complete digital revolution since the business began.

What has stayed the same? We are still learning what our customers’ problems are and building custom tools to help them connect with their users online just like we were during our first projects. How we accomplish this and the underlying code may look dramatically different, but the core mission and fundamentals of why we are in business today remain the same.

Based on how much the internet has changed in our first 20 years, I can only imagine what things will look like 20 years from now. We’ve been very fortunate to work with some amazing clients in Iowa, across the country, and around the world. We have had the opportunity to grow our team into something I would have never thought possible back in 2001 when I started the business.

When you work in technology, you have to know that future plans are most likely going to change to fit whatever’s new in the industry. However, for the immediate future, our team is excited to learn more about accessibility and create more inclusive technology, build products that help businesses run more smoothly, and learn more marketing techniques to meet our clients’ target audiences where they’re at. We’re excited to continue growing, learning, and adapting, just with a little more knowledge than we did at the beginning. We even have a new website for ourselves in the works, which will be rolled out this quarter!

To the thousands of customers we’ve helped over the last 20 years—thank you! We have been honored to serve you and be of help in growing your organization. To our team members, current and alumni, thank you too. No matter how long we’ve been able to work together, we couldn’t have done it without you. On to the next 20 years. 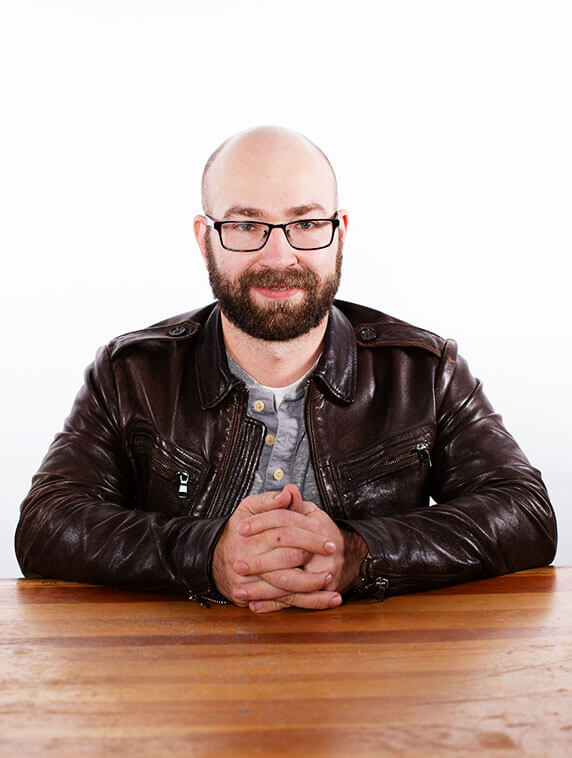 With a talent for technology and an entrepreneurial spirit, Jeremiah founded Webspec Design in 2001. He is passionate about marketing online and working closely with clients to see their goals achieved. Jeremiah focuses his energies on managing upcoming website projects, interacting with clients, and programming. He graduated from Evangel University with degrees in accounting and political science. When not working, he and his wife enjoy doing activities with their four children.